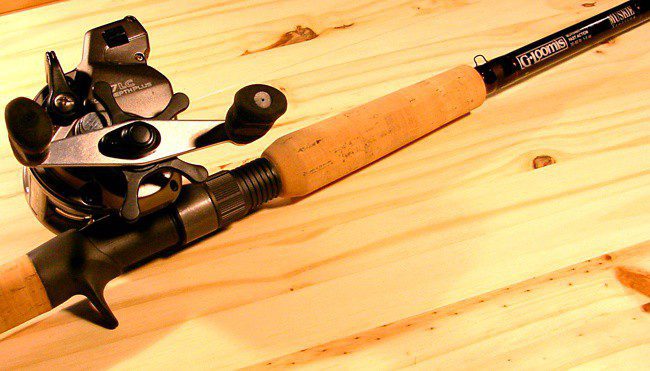 ​Musky are probably the biggest freshwater fish that most anglers in the USA will target on a regular basis. The best musky rod and reel combo needs to be able to withstand the size and power of these monsters.

When choosing your musky rod and reel you will most likely first need to consider do you want a spinning setup or a baitcaster one?

​Choosing a high quality reel and a durable rod ​is of the upmost importance. Even the best baitcaster combo under 100 won't cut the mustard as the reel will not be of high enough quality to handle a large muskie.

The best option is to usually invest in a decent rod and then spend the bulk of you budget on a really high quality reel.

The reel will be taking the bigger punishment, a good casting rod of suitable length and power paired with a high quality reel is much better than a top of the range expensive rod matched with a substandard cheap reel.

With reels you usually get what you pay for and the backbone of any good musky combo is a high quality reel.

​Let's take a look at what you type of musky rod and reel you should be buying. There is nothing worse than spending money on a setup only to find that it not up to the job at hand.

Your choice of Musky fishing rod and reel combo will for the most part be influenced by just how big a lure you intend on either casting or trolling.

A good casting reel is what is needed to get the right balance between casting performance and a drag that can withstand the might of a large musky once hooked.

Spinning reels are fine but the do tend to be a little bit heavy in the larger sizes and can make your arm a lot more fatigued at the end of a long day of casting.

If you are planning on tossing large bucktails over a great distance then you will definitely need a baitcasting reel in the 400 size maybe even going as high as a 500.

For the majority of musky fishermen a 300 or 400 sized reel is ideal.

​You'll need to spool on some pretty heavy braid and quite a bit of it. Using these larger reels gives you a larger spool.

Not only do they have a larger line capacity, but they also have the a much higher drag rating and far more durable internal gears and components.

When it comes to musky a bigger stronger reel is a must. You'll need a drag setting that is rated to at least 20 lbs.

Gear ratio is another important feature to get right. A higher gear ratio will allow you to retrieve a lot more line per turn of the reel handle than a lower ratio. However the lower ratio does give you a lot more cranking power when it comes to reeling in a large musky.

Seeing as you will be casting quite a lot the best rod choice will be much heavier and longer than say a standard bass casting rod.

For musky aim for a setup with that is at a bare minimum of 7'6" in length. The sweet spot is in and around 8 feet in length with a fast action and a medium to heavy power rating.

The longer rods give you a much better casting distance than a sorter one. With bigger and better casting you can cover a lot more water throughout the day.

Power wise look for a medium to heavy power rated rod. Most modern rods will come with both a power rating and a lure size range for which the rod is best suited.

​The rod action too is important to get right. A fast action rod will have much better casting performance than a slow action rod blank.

Fast action generally means that the bend through the rod blank starts much higher up as opposed to a slow action that will start to bend in the lower half of the rod.

The reason why a fast action is better for casting is that you can load all of the energy into the upper section allowing it to whip the lure out at a much higher speed.

Always make sure that your rod, reel and line match up to the weight of lure that you will be fishing with.